Many children have hopes and dreams of flying, and thanks to the Experimental Aircraft Association (EAA), that dream has become a reality. EAA offers a program called Young Eagles for children between the ages of 8 to 17 years old designed to help them experience flight while also educating them on the basics of aviation. EAA volunteer pilots offer youth the opportunity to fly with them in their airplanes, which is the first flight for many of the children.

Since the Young Eagles began in 1992, volunteer pilots of EAA from around the world have given first-time flights to over 2 million children. Local EAA member and Young Eagles Coordinator Bill Worger said it is important that young people become interested in aviation and take full advantage of the great opportunities that EAA offers.

“If kids are at all interested in aviation, this gives them a chance to learn and see what aviation is all about," Worger said. "It’s the opportunity to talk personally with a pilot, or with someone that has built a plane. It connects them to someone who can answer questions and provide guidance. It’s basically a place to go to learn about aviation.”

As Young Eagles Coordinator, Worger connects interested kids with EAA pilots who are willing to take them in the air and show them what it’s like to be a pilot. It is an opportunity that not many people know about, but Worger said it is a great experience for young people. 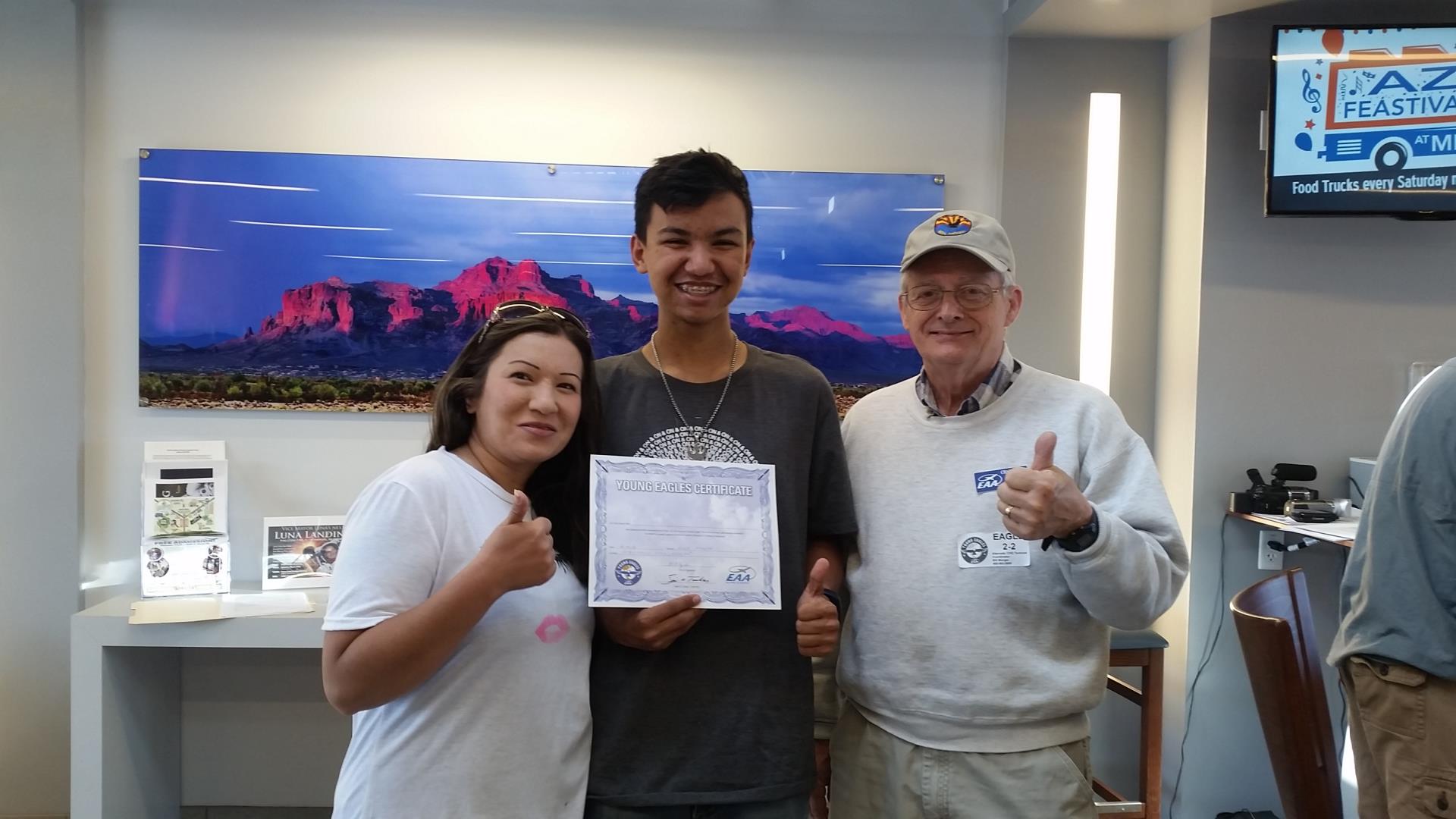 Many EAA member pilots own aircraft at Falcon Field Airport and have for many years. The Airport is a gathering place for EAA and Young Eagles meetings.

“Falcon Field Airport has been supportive in making the events known, and we use the terminal to stage some of the events," Worger said. "The (air traffic control) tower has been very supportive in helping us with flight paths.”

Notable celebrities including Harrison Ford are EAA members and participate in the Young Eagles programs. Ford gave the program's 2 millionth flight to a young passenger in 2016.

To learn more about the Young Eagles program or to schedule a ride, contact Bill Worger at (480) 993-5959 or billworger@cox.net