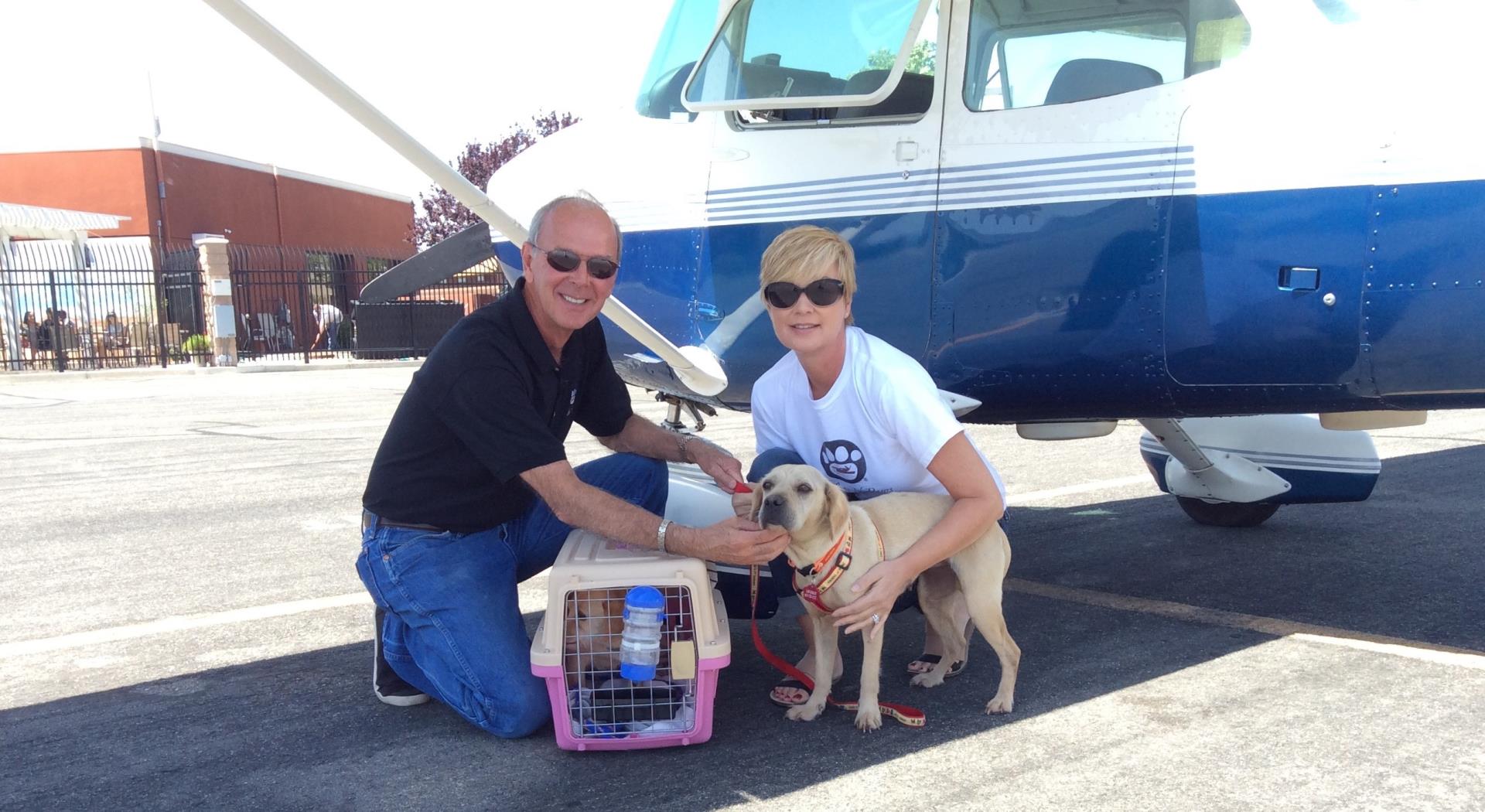 In 2014, Bob Warren, a pilot of 32 years, was retired and looking for an opportunity to combine flying with acts of charity. That is when he discovered Pilots N Paws.

Pilots N Paws is a non-profit organization of about 4,000 pilots nationwide that are determined to help save the lives of animals in need. Nearly 3 million unwanted pets are euthanized in the United States annually, and most organizations don’t have the infrastructure to take care of and adopt out the large number of animals that come in daily. So, volunteer pilots from Pilots N Paws step in and fly the animals in their personal airplanes from the pet’s current home to its new home. Sometimes the destination may be just across the state, or it could be across the country.

Warren and his wife Debra have flown rescue missions for a total of about 100 dogs and 2 cats. When a pet is in dire need of a new home, the couple hops in their Cessna 172 and races to the location of the pet. “My wife and I are big dog lovers and we have really come to appreciate the difficulty that so many animals and rescue organizations have taken on. There are hundreds of thousands of animals in danger of being euthanized because they can’t get a sponsor or someone to take on the demand. They can’t get where they need to be so that they can be rescued. We do get a tremendous amount of satisfaction by being able to offer just a little piece to the process of saving animals’ lives.”

The first couple of years that Warren was a part of Pilots N Paws, he donated 35 to 40 hours a year flying pets to their new homes to start a new, happier life. One of his favorite missions took the Warrens to Las Vegas to rescue a Great Dane. 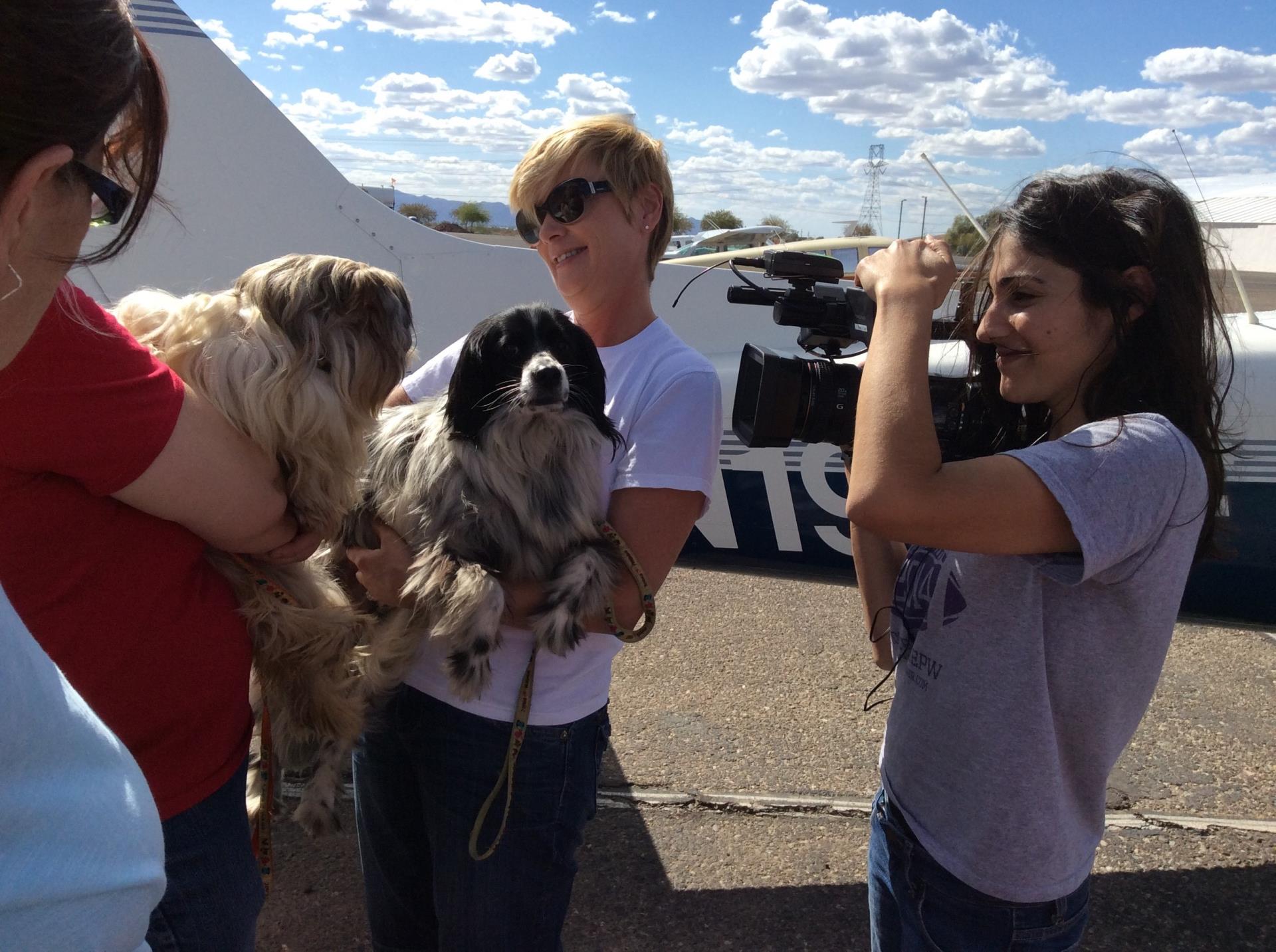 “We flew up to the Las Vegas Airport a couple of years ago to pick up the dog that had been deserted by its previous owners after they vacated their house. They just packed up and left the dog in their house. He was a beautiful, large dog, and very friendly. We were able to fly it over to San Diego to its new home. It just blew our minds that someone could just take off like that and leave their dog. They could have taken him to a shelter instead.”

“We had another case where we picked up a Rhodesian Ridgeback, which was another big dog. We picked him up in Yuma and flew him over to San Diego to a new home. It was a very cool experience because his rescuers were at the airport waiting for us when we landed. It was a mom, dad, and their young teenage son. The young man came running out to greet the dog once it exited the plane. He was overjoyed to see his new dog. That was a very satisfying experience for us.”

When the need arises, Warren is happy to transport struggling pets to a new home for a fresh start.

Falcon Field Airport has been home to Bob’s Cessna 172 since 2009. “Falcon Field is a terrific airport! I enjoy the facilities, the people, and the controllers.”

If you would like to donate to Pilots N Paws to further its mission, you can donate at: https://www.pilotsnpaws.org/donate/