Falcon Field was established in September 1941 as a military base during World War II to train British Royal Air Force and U.S. Army Air Corps pilots. In honor of all of the brave men and women who were worked and trained here, we have begun installation of historic photographic wraps of the early days of Falcon Field onto some airport hangars and facilities. These images are reminders of the sacrifices made by so many during World War II to protect our freedom, and we invite the public to view them. Many of the wraps can be viewed from Falcon Drive and from the Falcon Field Airport terminal parking lot.

The mission seemed straightforward enough. Simply enlarge the chosen photograph of a World War II flying cadet who trained at Falcon Field and attach it to the north side of the air traffic control tower. The application process is a photo printing technique on sticky vinyl called a “wrap”. However,  it was discovered that enlarging a grainy 3” tall by 1” wide photo to 38’ tall and 18’ wide, and still having it recognizable, was nearly impossible. It was said that it would have been easier to enlarge a postage stamp to the size of Rhode Island.

Undaunted, the project team reached out to numerous experts in the digital photo-imagery profession involving companies or individuals from across the entire country including the Massachusetts Institute of  Technology (MIT); Grand

The final product is the result of hours of computer processing, numerous emails, telephone calls and personal outreach to those who were able to provide technical assistance. 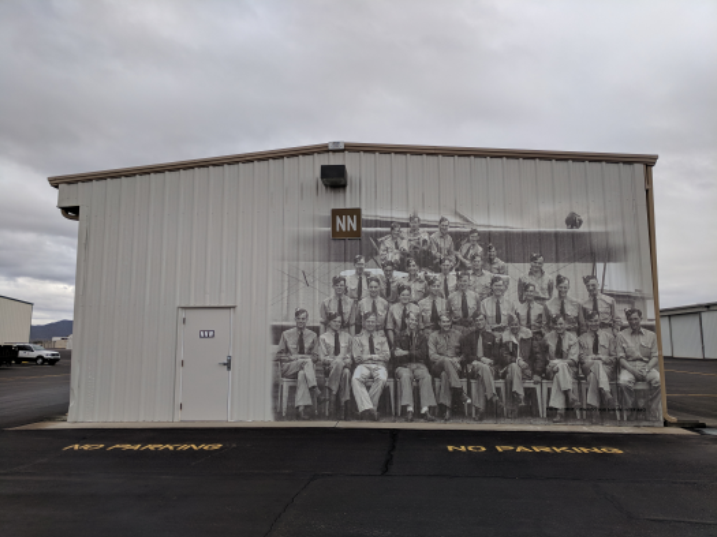 Cadets pose for a picture after their graduation ceremony.

(Left Picture) Advanced phase instructors are offering preflight briefings to cadets. (Right Picture) Some of the cadets at Falcon Field were able to play extras in the Hollywood production "Thunderbirds." This is a promotional photo they took for the film.

Located between the airport terminal and the control tower

After a cadet completed his first solo mission, he would celebrate by getting tossed into the Falcon Field swimming pool by the other cadets.

Located on the restroom wall at Falcon Field Park 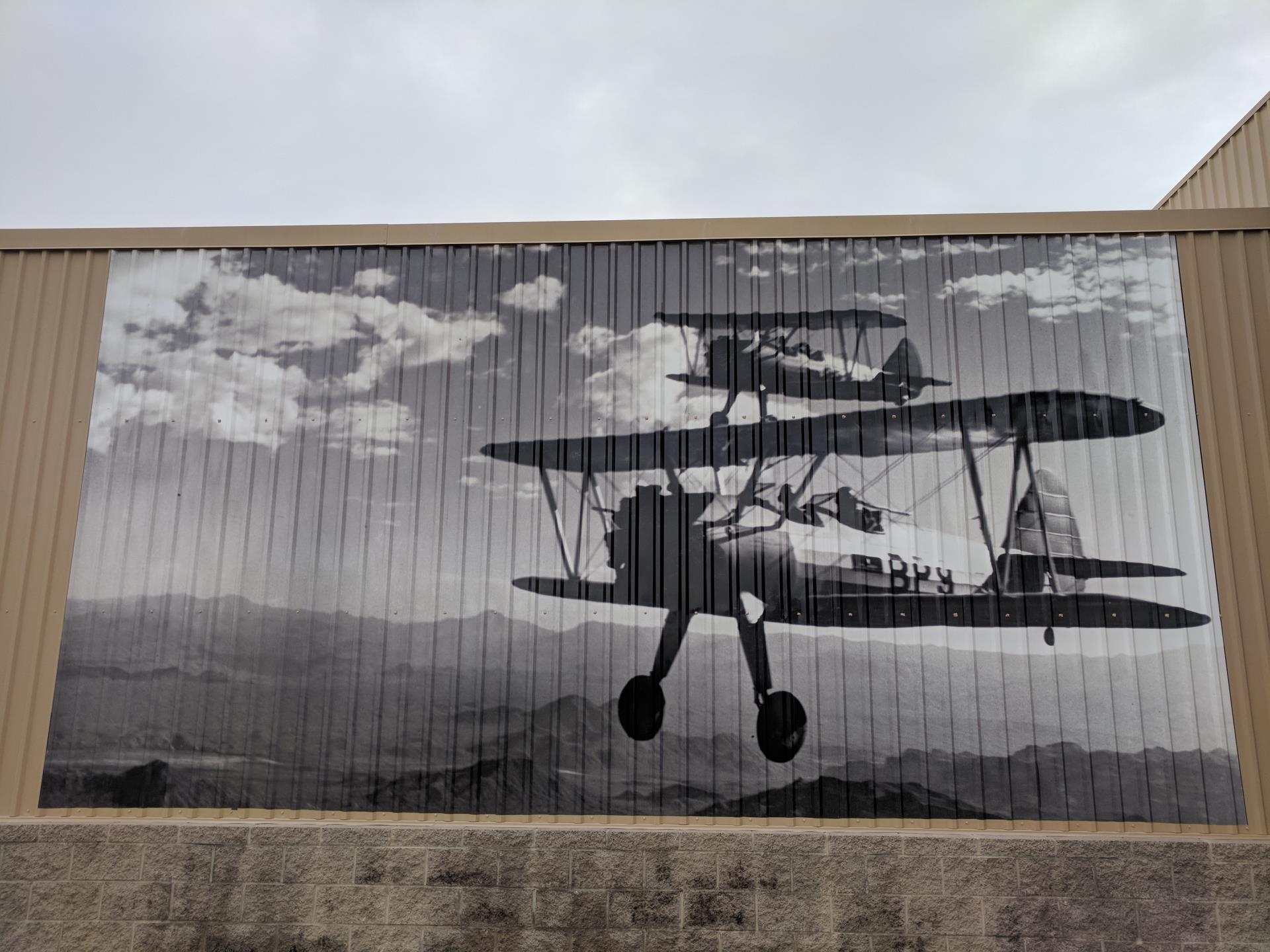 Shown above are cadets flight training in BP9 planes over Mesa. 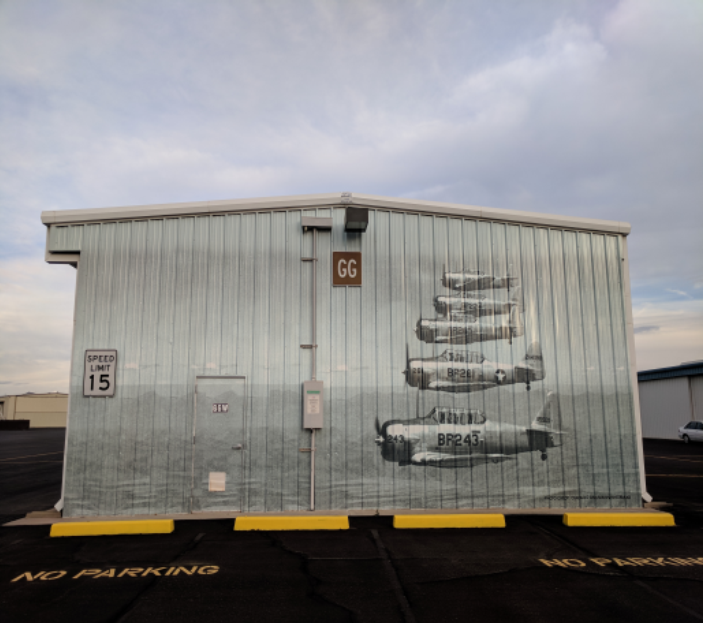 The T-6 trainer, called the "Texan" by Americans, and called the "Harvard" by British cadets, was the most popular training aircraft during the World War II era.

Cadets prepare for a training session at Falcon Field.