Members of the Falcon Field Airport community enjoy sharing their passion for aviation and adventure with each other and aviation enthusiasts. To foster a spirit of community among airport tenants and to encourage others to learn, explore and pursue their aviation dreams, the airport hosts meetings and free events throughout the year for pilot and business tenants, as well as the general  public.

Falcon Field Airport is home to a variety of aviation organizations and pilot groups. From community pancake breakfasts to fly-ins, they host a variety of unique events to share their aircraft and love of flying, mentor young pilots, and raise money to support charitable causes.

The airport comes to you! Visit the Falcon Field Airport booth at City of Mesa community events to learn about your community airport and how you can get involved in aviation!

Check the calendar for these opportunities and come join us!

Admission is FREE to the Open House! Canned food donations will be accepted for the United Food Bank.

The Open House will feature:

Also at the Open House, learn about Falcon Field’s origin as a World War II pilot training base & view historic military aircraft & exhibits at the Arizona Commemorative Air Force Museum (CAF). The museum is located on the airport grounds at 2017 N. Greenfield Road. Open House visitors will be able to walk to the museum from the Open House site, and the museum will provide golf cart transportation for those unable to walk.

The museum will have expanded hours 9 a.m.-4 p.m. on March 30 to coincide with the Falcon Field Airport Open House. The Southwest Military Transport Show also will be held at the CAF 9 a.m-4 p.m. March 30. Highlights include military vehicle & static aircraft displays, collectibles, vehicle parts, plastic model contest, & swap meet. Discounted admission of $5/person or $10/family of four on March 30 covers both the museum and Southwest Military Transport Show. For more information, call the museum at (480) 924-1940. 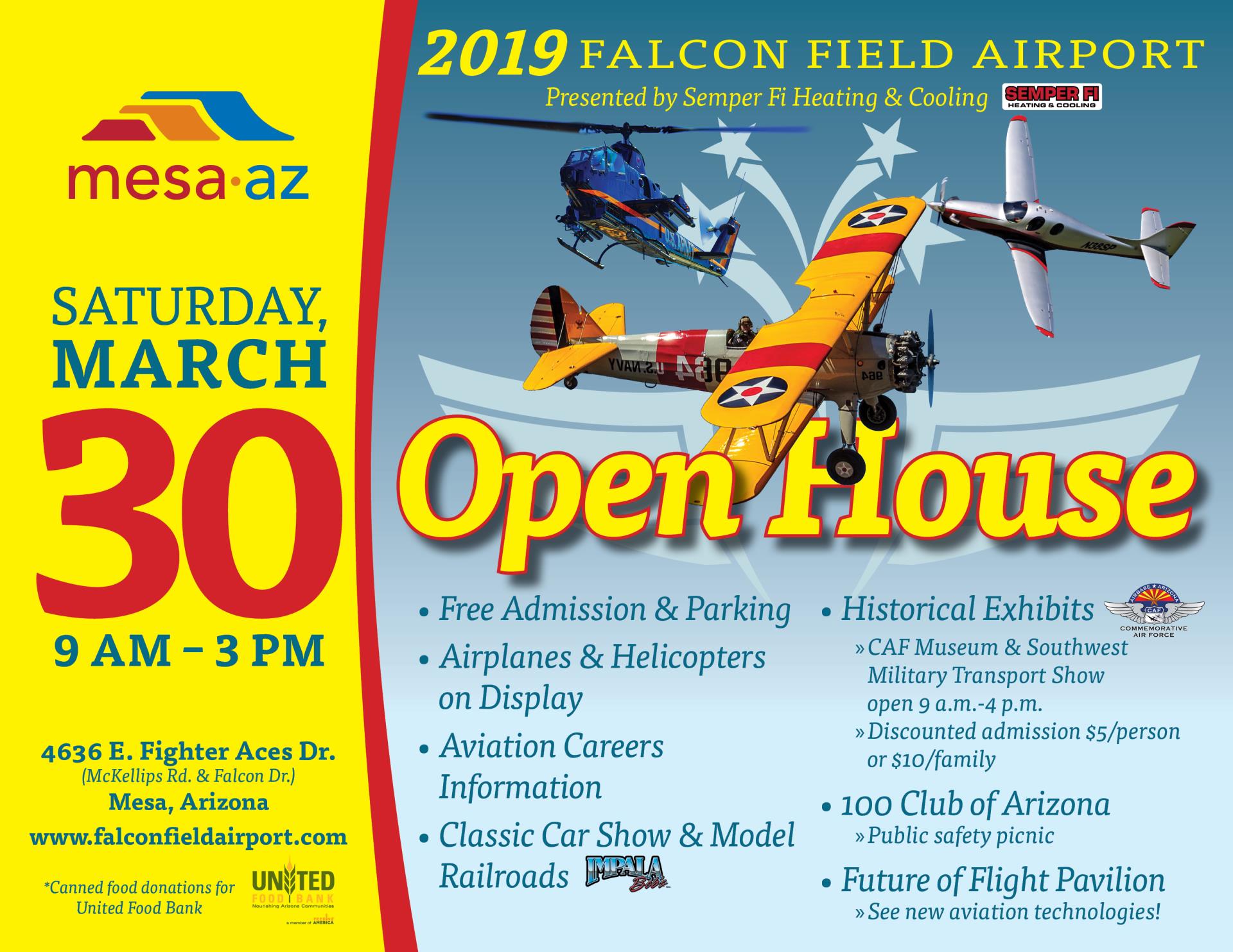